Stars Of Exports Had Been Rewarded

The 4th Traditional İKMİB Stars Of Exports Awards, Which Is Organized To Encourage And Honour Member Firms In Chemical Industry For Their Success In Export By İstanbul Chemicals And Chemical Products Exporters Association (İKMİB) Was Carried Out In Istanbul. In 2018 İKMİB Stars Of Exports Awards, 84 Firms, Which Ranked Among The Top Of Three At 28 Categories, Had Been Rewarded.

Chemical industry which had a great part in setting history of republic’s export record with 168,1 billion dollars last year, exported about 17,4 billion dollars in 2018.

İKMİB rewarded industry represantatives, who did the most export in 2018, in chemical industry which is one of the most important players of Turkey’s export-based growth strategy. In 2018 the 4th İKMİB Stars of Exports Awards, 84 prizes in 28 categories found their winners in sub-sectors and product lines of chemistry.

Chemical industry come to the fore with its 16 sectors which provide important inputs to Turkey’s locomotive industry fields. İKMİB, representing almost 7.000 exporter firms in chemistry’s different sectors from plastics to cosmetics, drugs to rubber, medical to paint, conducts almost 50% of Turkey’s all chemical export. In March 2019, Chemistry sector that did 1 billion 830 million dollars worth of exportation with 17,4 per cent increase compared to previous year, has reached the highest export rate on a monthly period so far. In the period of three months of this year, chemistry industry has reached about 5 million dollar exportation while increasing its export rate by 19,6 per cent compared to the previous year.

“TİM Has An Open House For All The Exporters”

Indicating that they are enjoying stepping into 2019 with new records leaving behind şn export were broken, TİM Chairman İsmail Gülle said “This year at İKMİB Stars of Exports Awards, we are excited more than ever. They tried to spoil our economy structure in 2018. Yet, with the upright position of our exporters who contribute our country’s development, production and employment and most importantly take risks, we beat new records. Fortunately we made the highest monthly exportation of the Republic history by 16.3 billion dollars in the month of March. In the first quarter of the year, our export reached 44,5 billion dollars through an increase by 3,34% compared to 2018. Our chemical products sector had a critical contribution to that as well. We instil hope to the future by reaching an export worth almost 5 billions already now. Due to this success, I wholeheartedly believe that we will achieve the 20-million-dollar aim of import set for the year 2019. Throughout the upcoming non-electoral, 4.5-year-long period, we need the shared wisdom, projects and the Turkish importer’s vision both in economy and in new reforms that are to be made in trade. TİM has an open house for all the exporters. We will continue to work for making Turkey’s future better with our exporters’ support. I congratulate all of the companies, heroes of exports, which had been rewarded here today.“

“We Provide A Great Added Value For Our Country”

In the ceremony, Adil Pelister, the chairman of İKMİB uttering the openning speech thanked the companies that carried Turkey into the global platform in the sector of chemical matters and products, and exalted everyone with their universal achievements. As the family of chemistry, Pelister, emphasizing that they significantly contributed to Turkey’s exportation and economy with 16 sub-sector, “In fact, with our raw materials, we provide a huge added value for our country by intervening many areas from automative to furnishing, textile to food. Last year, we broke a record in our history of the Turkish republic with a total exportation cost of 168,1 billion dollars thanks to the determination of our economy administration and our endless faith to this beautiful country. Above all, we, again, achieved this success all together by acting as a single body. We had a great part in this historical success as chemical industry. Chemical industry ranked number three in the year of 2018 with 8,23% increase and an exportation cost of 17,4 billion dollars” he commented.

“We Will Produce More, We Will Make More Brands, We Will Sell More”

As the chemical industry, Pelister stated that they have taken firm steps towards their target as the second of exports and reached the second place in 2018 and reached the second place in the first quarter of 2018 and they were the second largest exporter in the first quarter of this year. 3 months exports of the chemical industry in January, February and March of 2019, with an increase of 19.6 percent compared to the previous year reached 5 billion dollars, Pelister said, “In March 2019 our chemical exports increased 17.4 percent compared to the same period last year 1 While this figure is 8 billion million dollars, this figure means the highest export ever made on a monthly basis. As the chemical industry, we are aware of our responsibility to meet our President’s $200 billion export target. To this end, we will work harder to increase our sector’s exports by 15 percent to 20 billion dollars. We will travel. We will produce more, we will make more brands, we will sell more.”

“We Will Welcome The Consistent Process, Which Means 4.5 Years Without Election, As An Opportunity.”

Pelister, who states that global developments such as U.S.A – China trade wars in particular, financial recession of the European union, Brexit, embargo against Iran, issues of Syria, troubles in the Saudi Arabia, Russian – U.S.A relationships distress the exports, utters that reaching the new markets is essential in order to minimise the distress.

Reminding that there is a constant period without an election ahead of Turkey in four and a half years, Pelister stated “I believe that in this four and a half yeared period, we will completely focus on our job and evaluate it as a period with opportunity of new enterprises coming out and with new actions.” Informing about İKMİB’s both national and oversea actions during 2018, Pelister stated those: ” We will continue to support the actions that contribute the increase of our industrial exports also in 2019. In order to increase our export and 2023 destinations, it is requisite to direct especially our smes towards more exports.In this scope, in 2019, We will focus on our destinations of expanding the e- trade web, easing the exporter’s access to the finance, positioning in the chemical industry, fairer sharing of Turkey’s introductory group funds in chemical industry and in its sub-branches and expanding the Turkish Trade Centers’ web with productively using .”

Giving information about China International Import Fair, Pelister said they saw the fair as a great opportunity for exporters and they aim to open two Turkish Trade Centers in China, most recently in Guangzhou and Shanghai with the support of the Ministry of Commerce. In 2018, Pelister stated that they had been rewarding the companies that had entered the top 3 in the category of chemical exporters in a total of 28 categories. And he added “I would like to express my gratitude to those who have contributed to the development and growthof this beautiful country and I congratulate our companies who are entitled to receive awards.” 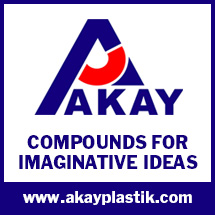 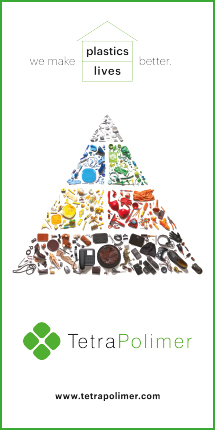 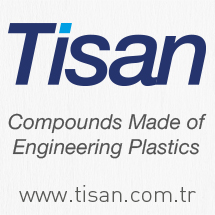